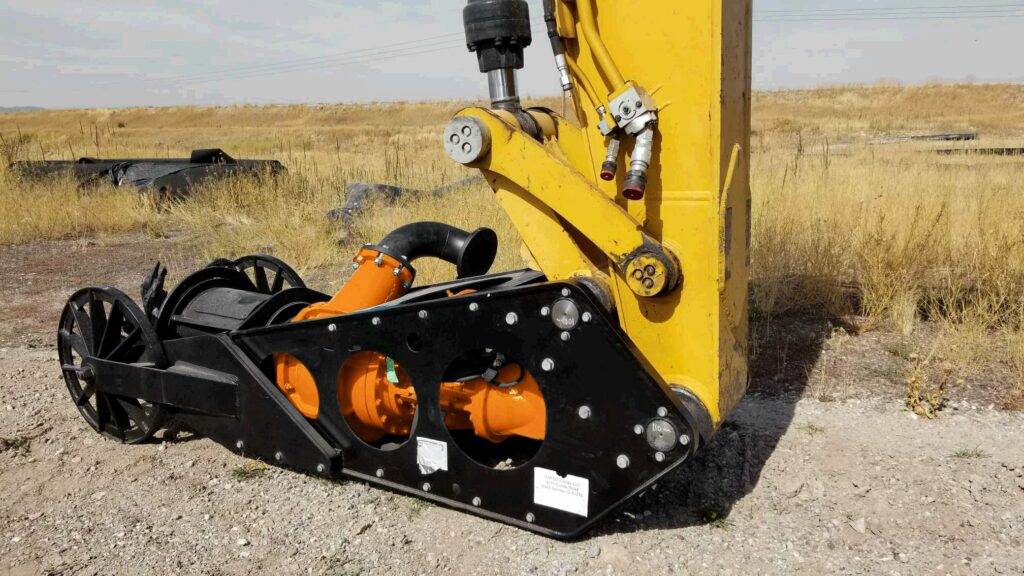 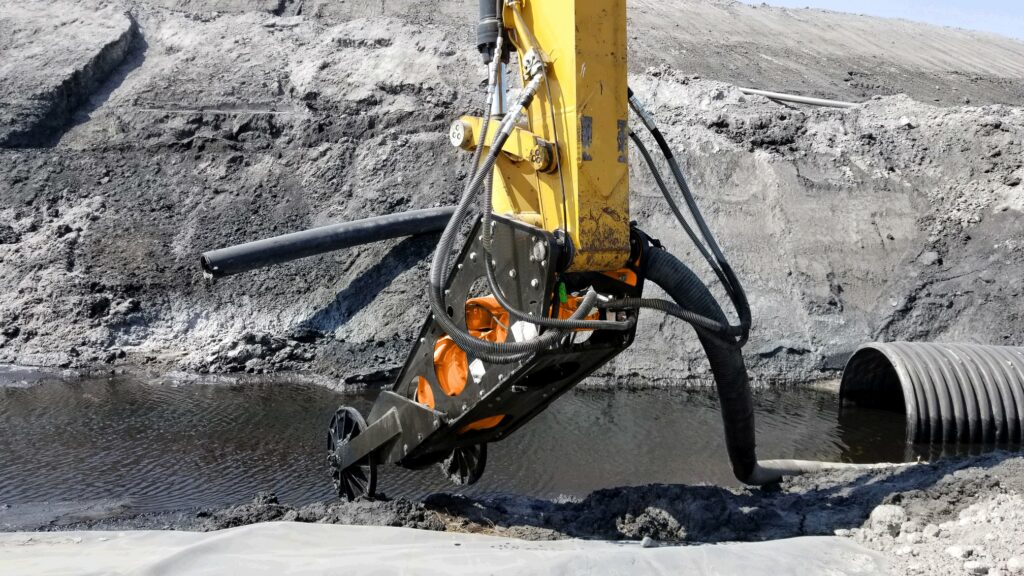 A new excavator attachment called a “Liner Safe Dredge” has been developed expressly for the task of ridding lined ponds, irrigation channels, and channels of undesirable sediment buildup.

Small as such equipment goes, the “Liner Safe Dredge” excavator attachment easy bolts onto the end of an excavator and doesn’t require any special training to use making it easy for your existing excavator trained staff to become experts in dredging in 5 minutes.

The liner safe wheels mean that the excavator operator simply “rolls” the “Liner Safe Excavator Dredge” over the lined pond or canal and sediment, that has been blocking the flow of water, get sucked up into the suction hose and are whisked away to a containment pond.

There are numerous cases of successful applications of the “Liner Safe Dredge” – cases where sluggish channels have been freed of silt and aquatic growth, where swimming beaches have been created along what had previously been mucky, weedy shores, where clogged irrigation canals have been opened up to original capacity, and where settling ponds have been emptied and restored to vital usefulness.

One such project was undertaken by Itafos, an agricultural company at their Soda Springs, Idaho location. You can see the company operating their liner safe excavator dredge (which can be rented or purchased) on their concrete irrigation canal. With the liner safe option for the dredging attachment, it makes certain no damage comes to the concrete while still removing the sediments, algae, and other natural materials causing slow flows of waters and blockages in their canal.

With this tool, Itafos is able to maintain miles of canals with fewer employees and less physical labor than in the past where an option would have been to get employees with shovels and wheelbarrows to remove the sediments manually, risking falls on slick surfaces. Thankfully we live in a modern age with tools that can make quick work out of these projects so employees can be working on growing the business instead of shoveling muck.